A history filled with passion

Barcelona has always been a city that welcomes people from all over, determined to build their future. Paco Alcalde was only 13 years old when he arrived at La Barceloneta from Berlanga de Duero. Here, he began to work at a company that only sold wine to workers at the factory that operated in the area at that time. He worked out of a small space that measured a mere 30 metres squared. A short time afterward, his boss sold him the business and that’s when our story takes off. Paco Alcalde grew little by little, buying adjacent shops and uniting them to expand the business. 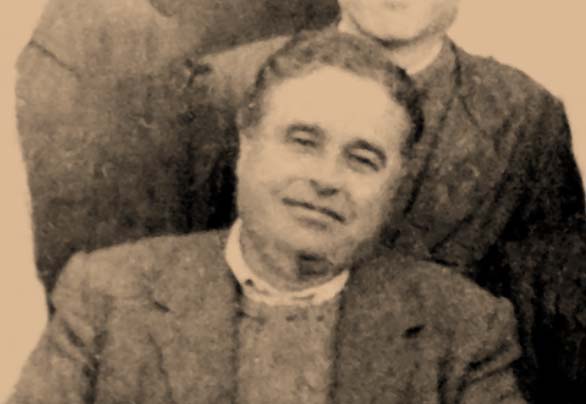 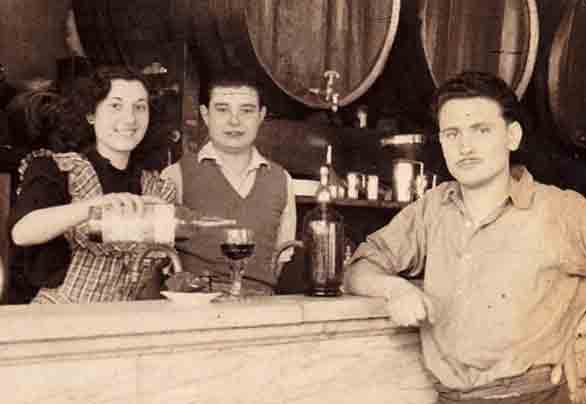 Over the years, his son, Paco Alcalde inherited the establishment, which at the time was more of a wine shop than a restaurant.
It’s said that the success of large cities can be accredited in large part to the effort of mothers and female entrepreneurs in the family. Rosalía, the wife of Paco Alcalde, was the one who decided to start offering menus for the factory workers in the area for 11 pesetas. Those were years of hard work and a lot of work in a Spain that was just recovering from a civil war, but all that sacrifice was worth it in the end. 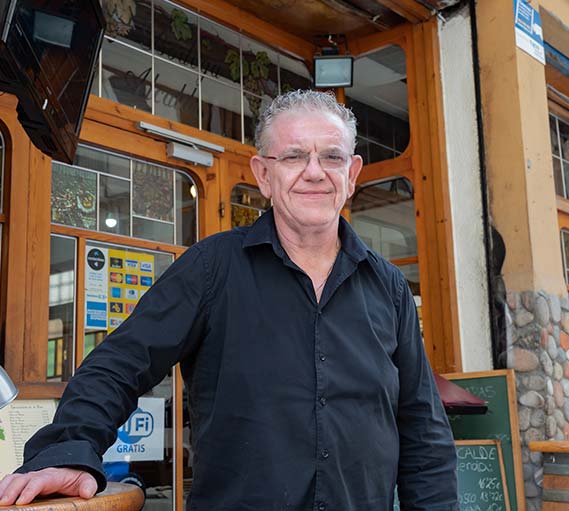 If you come to our restaurant to enjoy a good paella, a rice or any of our specialties, you’ll find Paco Alcalde greeting the tables, the grandson and the third generation of that adventurous and entrepreneurial man that once emigrated to Barcelona and founded this restaurant in La Barceloneta, that with the years has become one of the most historic and traditional restaurants of authentic cuisine in the city of Barcelona. 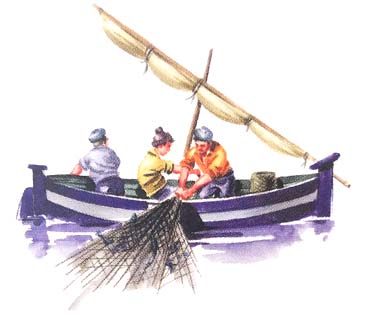 At Paco Alcalde you’ll always be able to enjoy the good flavour and quality of the best rices, paellas, fish and meats of La Barceloneta. 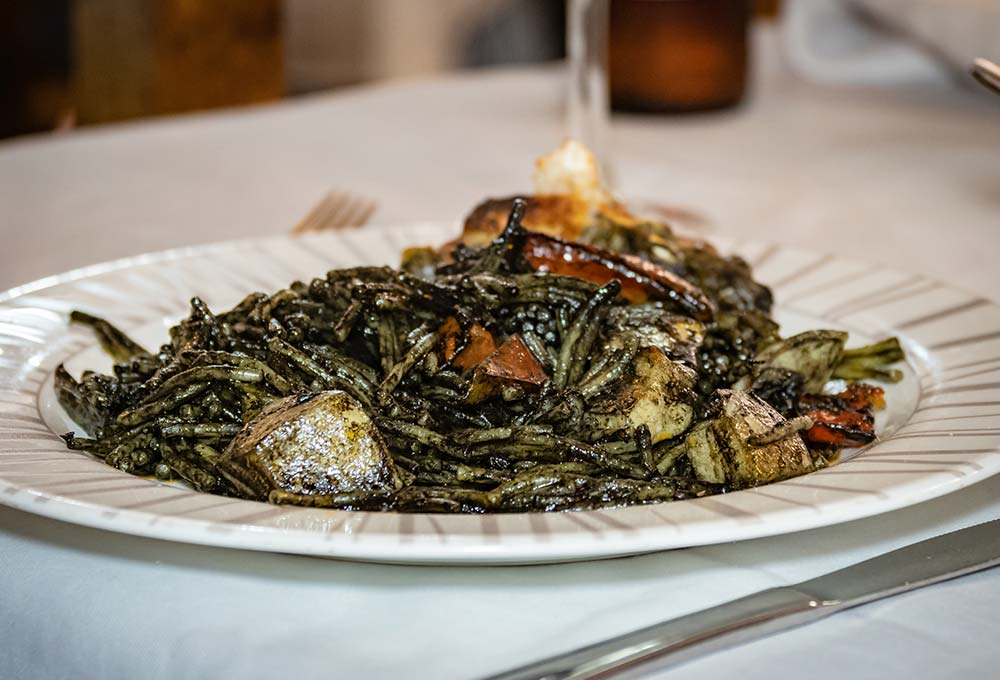 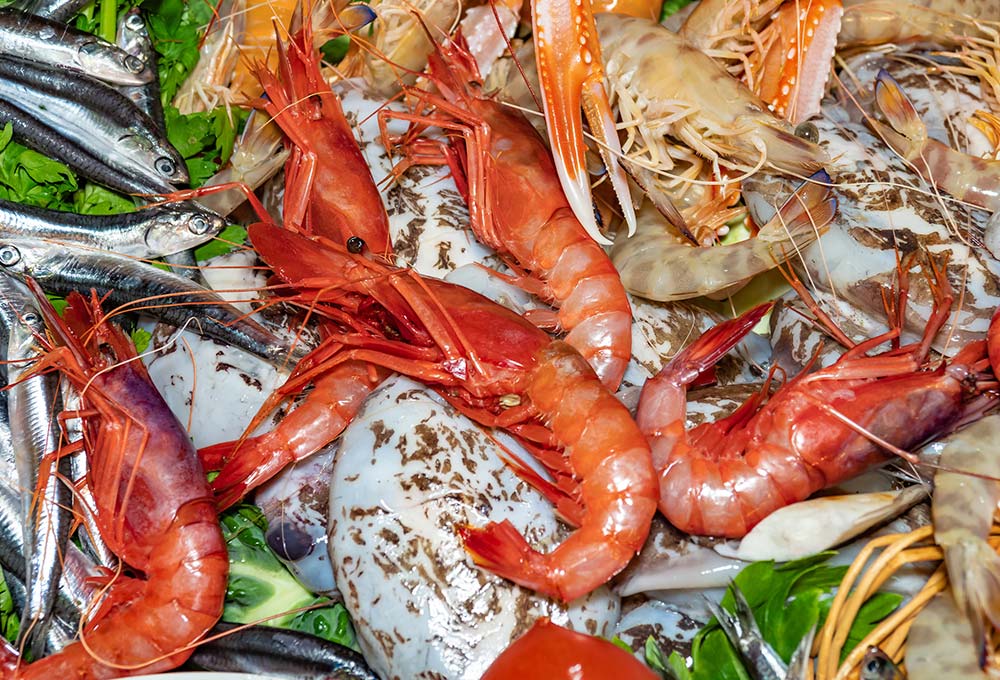 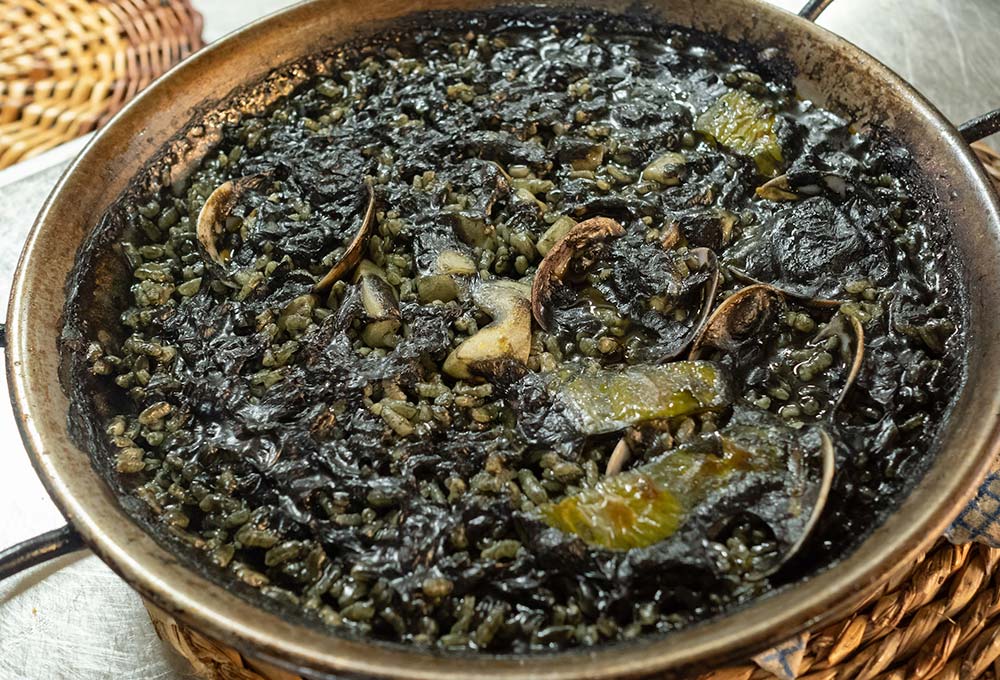 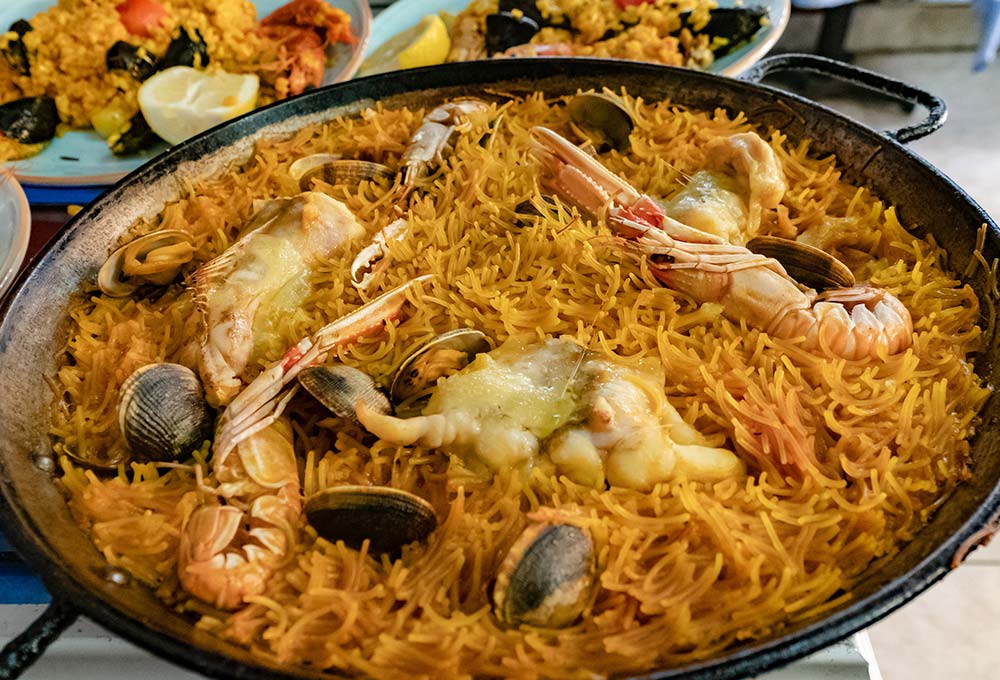 Fideuá with monkfish and scampi

Open: Every day from 1pm to 11:30pm (The kitchen is open all day)
Closed on Tuesdays except on eves and holidays